Members of BMF Nottingham have been involved in an incredible 24-hour fitness challenge to pay special tribute to former BMF instructor Phil who sadly passed away last year.

Ashley, member of BMF Nottingham, has shared a special tribute to Phil with us, and given us an insight into the fantastic fitness challenge the members created in his memory:

A TRIBUTE TO PHIL

“Phil began his journey at BMF as a member in Nottingham. After training to become a BMF instructor in Derby, he later returned to his roots as an instructor for BMF Nottingham.

The classes Phil led always seemed to continue improving, having put a lot of effort into making his sessions unique. Like mini adventures, his sessions at Bramcote Hills park would often involve discovery of new, hidden routes up hills and off the beaten track. Unique items such as metronomes, parachutes or buckets of sand would inevitably appear during sessions as a mark of his creativity. 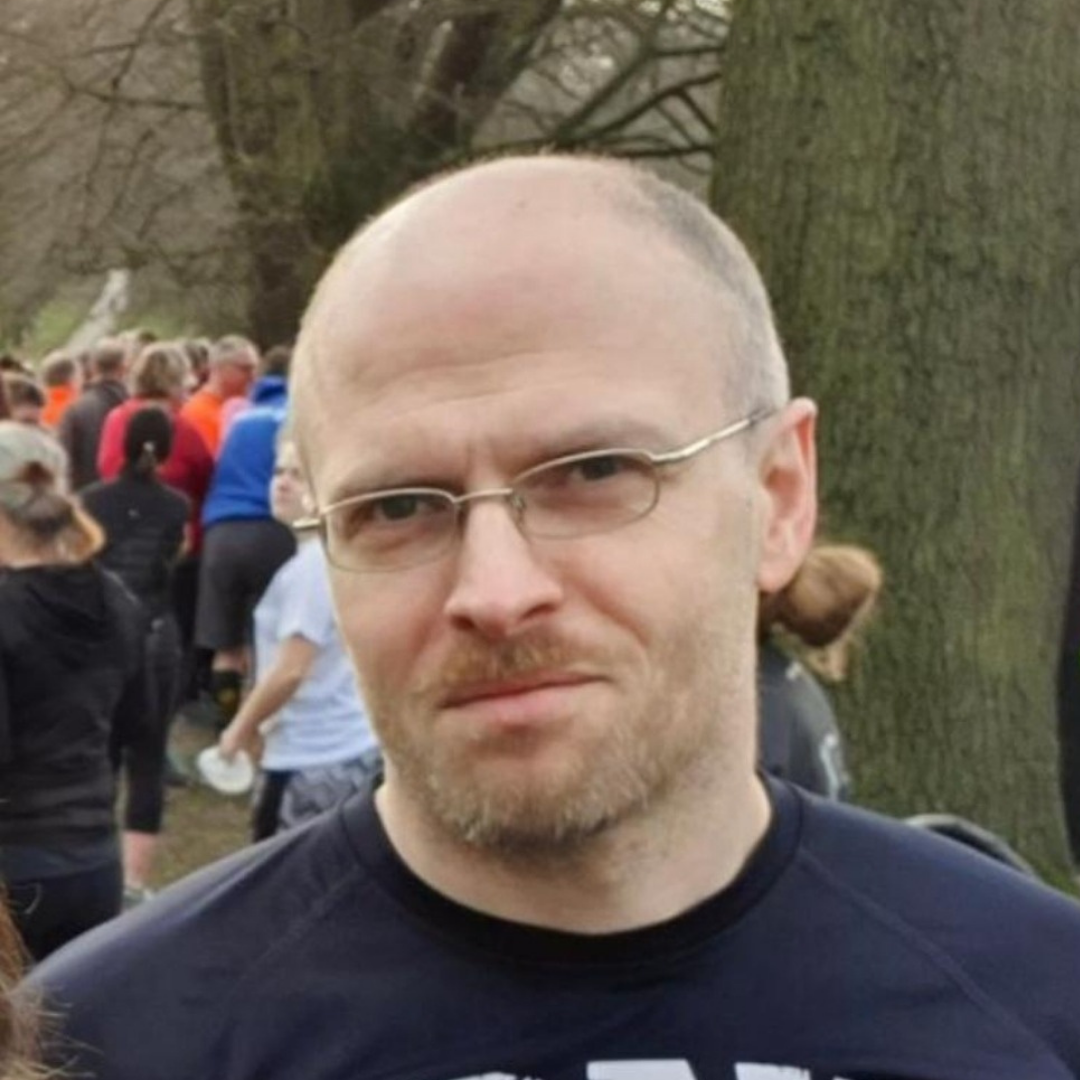 AN INSTRUCTOR AND A FRIEND

Many members saw Phil as a friend. He was always kind and encouraged us to get the best out of ourselves, with his generosity extending beyond BMF sessions. He happily provided lifts to sessions and traced footsteps in the dark with his torch to search for members’ lost keys, which were discovered to have been left in his car all along!

Outside of BMF, Phil was a talented drummer in a band, and played bass guitar. He’d even started making his own guitars from scratch out of wood.

Last December, it was discovered with great shock and sadness that Phil had taken his own life. As incredibly hard as it was for his members, we couldn’t begin to imagine the devastation his close friends and family would have been experiencing.

AMBITIONS TO MAKE A DIFFERENCE

After the initial shock had subsided, our BMF Family came together with an ambition to pay tribute to Phil and the great guy he was. After the suggestion of several ideas, it was decided: A 24-hour fitness challenge for charity was created and named “Phil Your Boots”.

We wanted to push and challenge ourselves in a way that Phil would’ve been proud of.

CALM (The Campaign Against Living Miserably) was selected as the chosen charity for this event. A leading movement against suicide, CALM provide a helpline for those in crisis, bereavement support, and run campaigns around masculinity stereotyping, suicide, and mental health.

When training for the 24-hour fitness challenge, most participants utilised the obvious choice for improving their fitness: BMF! Instructors “Redders”, Andy, Dwayne and Jan all helped to prepare participants for the event, with Redders manning the base for the full 24 hours of the event itself.

Two routes were devised during the planning of the event. The first was a main route consisting of a 0.5 mile run with 10 reps of 5 different exercises added too. During the full 24 hours, this was constantly run by 2-3 people, with the aim of completing as many laps as possible. For each lap completed, a token was placed into a collection tub.

There was an additional 2-mile route that individuals could participate in, with the route leading to some of the main areas that Phil would take us to during his sessions. This route was completed as a walking route, together in small groups, giving members the opportunity to share memories of Phil. Though, in full BMF style, there were also some exercises and running sections thrown in too!

The challenge itself was a success.

Overall, 24 people took part in the event, taking multiple shifts around the clock. Some individuals committed to as many as five 1-hour long slots!

It was truly inspirational to see everybody coming together and making the most of the event. All participants arrived on time for their slot, even during the middle of the night.

One individual was determined to participate despite recently recovering from shoulder surgery, running a huge total of 12.5 miles. The members who couldn’t participate due to illness were still present at the event to offer the support and encouragement that is already so readily found within BMF sessions.

At the end of the 24 hours, several of us each grabbed a handful of tokens to count, whilst others calculated the total number of laps completed across the main route. We needed 500 laps to meet our target, and amazingly we achieved exactly 500 laps, making every lap of individual effort count just that bit more. 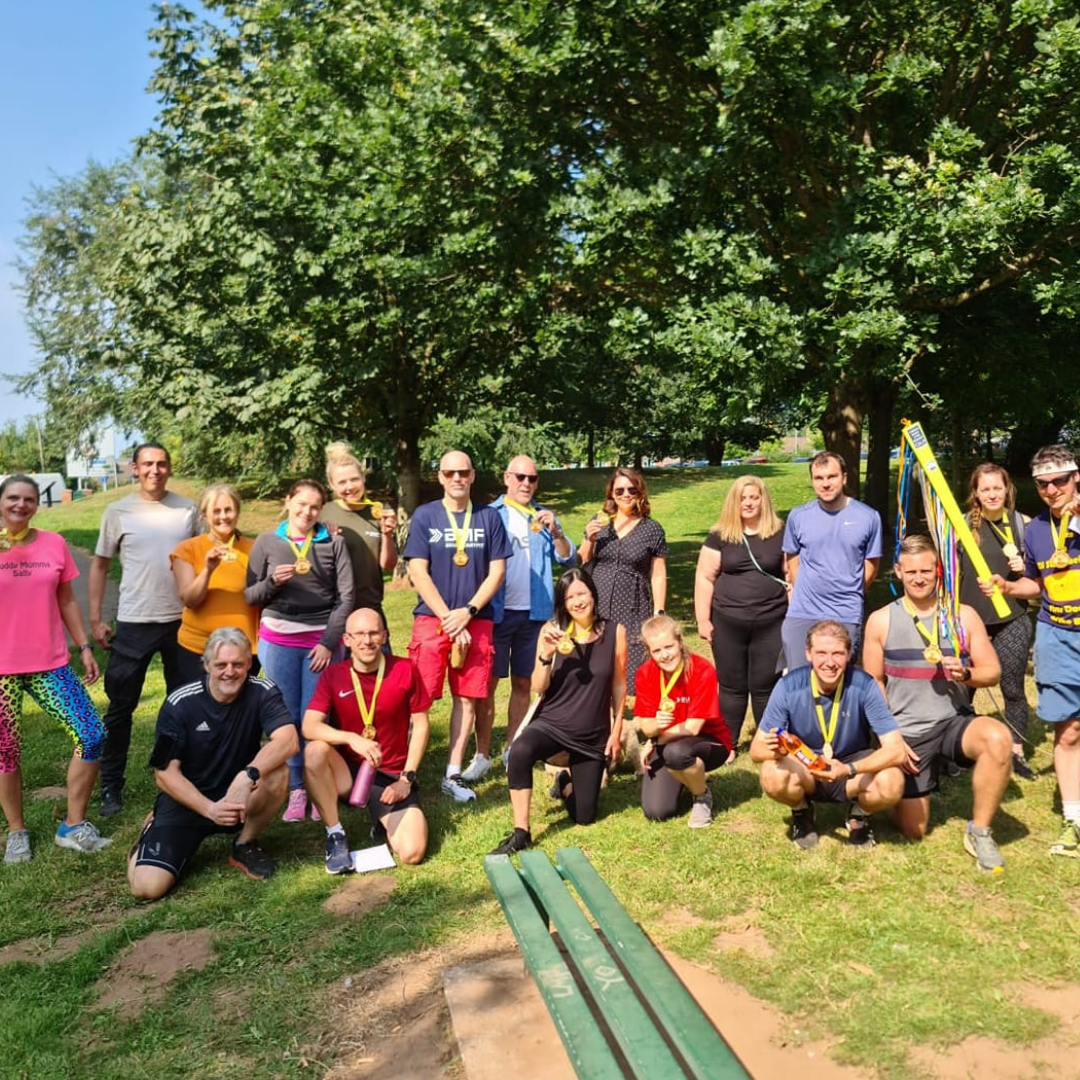 The 24- hour challenge brought us even closer as a group, and we’re now looking at making this a regular annual event:

“What an awesome 24 hours. Such an amazing event. Love the BMF Family- well done everybody”.

“Phil would be proud”.

“Shows why BMF always feels like a family, as well as a keep-fit”.

“It was suitably challenging, but the camaraderie got me through. We did it for Phil and I’m so proud of us. We came together for him.”

Including gift aid, we have raised close to £5000, with donations incoming from as far as China and Australia.

Every £8 raised provides funds for a potentially lifesaving call to CALM’s helpline, and we’re extremely proud to have been able to help raise awareness of CALM.

The funds raised by the event have made a huge difference to the charity and will be used to help others who may be suffering in silence like Phil had been.”

When the BMF Family work together, anything is possible.

The support, encouragement, and sense of determination demonstrated by members of BMF Nottingham has paid a huge tribute to Phil and is raising vital awareness of the work undertaken by CALM.

BMF is more than just exercise.

We are so proud to build communities of inspirational members who, together, use the strength gained within BMF sessions to make a difference across other vast areas of life.

If you’d like more information on the services provided by CALM, you can do this by visiting: https://www.thecalmzone.net/

If you’d like to make a donation to the 24-hour fitness challenge, please visit: https://www.justgiving.com/fundraising/phil-your-boots